Posted by Meetingpoint Music Messiaen at 15:03 in European Centre of Education and Culture, Meetingpoint, Music 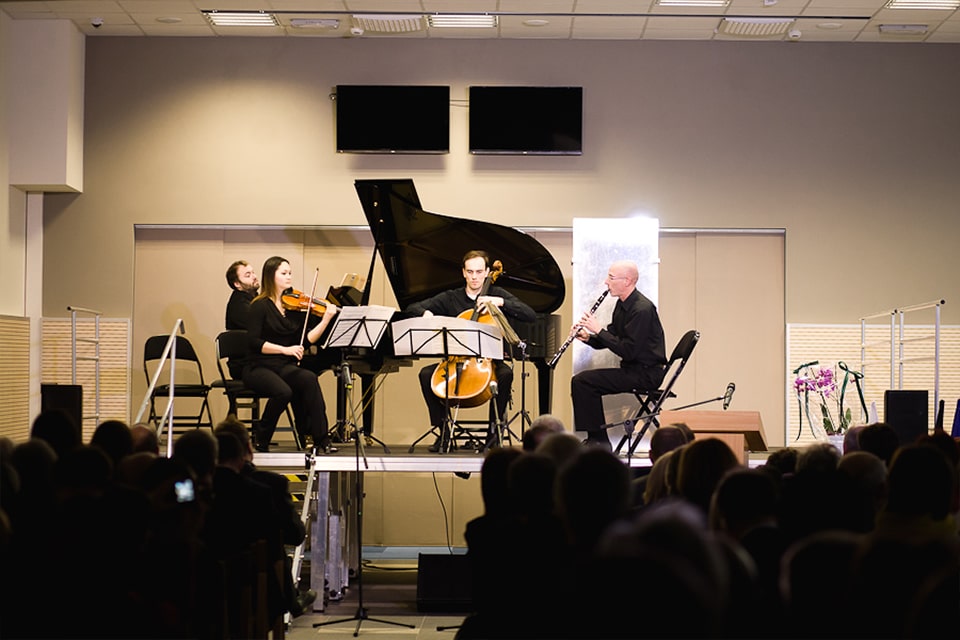 On January 15, 2015 at 19.00 clock takes place an unusual concert on the grounds of the former POW camp Stalag VIIIA in Zgorzelec. Four musicians of the Staatskapelle Dresden are going to perform one of the most difficult pieces of music of the 20th century – the “Quartet for the End of Time” by Olivier Messiaen. The January concert, organized by the MEETINGPOINT MUSIC Messiaen e.V., is a tribute to the first performance on 15 January 1941 in the POW camp.

The now eighth performance of the concert promises to be a special event. After eleven years of effort, the concert will take place for the first time in the new European Centre for Education and Culture MEETINGPOINT MUSIC MESSIAEN.

As part of the concert we invite you on 10th January and 11th January to a concomitant history and music day. Several museums and institutions from Görlitz and Zgorzelec will bring you the interesting history of the camp closer and acquaint you with the works of Olivier Messiaen.

A shuttle bus to the venue (before and after the concert) will be provided by the organizers.