Posted by Meetingpoint Music Messiaen at 14:22 in POW, Stalag VIII A 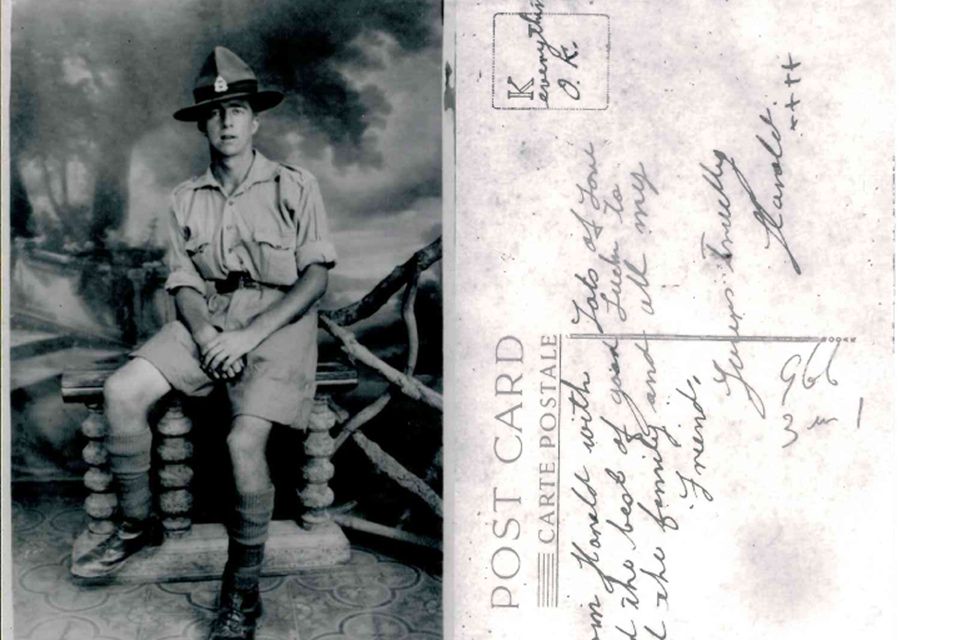 Harold Thompson BROOK was born in Kaitangata , a small mining town south of Dunedin in New Zealand on August 29, 2019. He was the eldest of five children and his parents, George and Laura Brook, were from Yorkshire in England. They had emigrated to New Zealand with their parents in the early twentieth century. Harold grew up in the small southern city of Dunedin and when he left school he began training as a tinsmith.
On June 18, 1940, aged 20 years, he signed up for military service with the New Zealand training at Papakura camp; Rank: Gunner – Unit: 1 Troop 5th Reinforcements
On April 7th 1941 he left Wellington, as part of the 2nd New Zealand Expeditionary force to reinforce the Commonwealth troops in the Desert theatre of war. He sailed on HMNZ Troopship No 26 sailing to Egypt via Sydney and Perth (Australia), Singapore and Colombo (Sri Lanka)
On May 15, 1941 he disembarked in Cairo and marched into Maardi camp. Here, as part of 7 Anti Tank Regiment, 33rd Battery, he trained in the desert in preparation for the upcoming allied offensive, Operation Crusader. This was a confused 6 week battle that ended in a victory of sorts for British Commonwealth Troops, but the New Zealand battalions and field regiments were heavily defeated at Sidi Rezegh (Libya)by the the German Expeditionary Force commanded by Field Marshal Erwin Rommel. Forty seven members of Harold’s 7 Anti Tank regiment were killed. Harold, with most of his battalion, were captured on November 27th, 1941 when the promised armoured support failed to materialise. Because they were captured in Italian Libya these soldiers became prisoners of Italy. 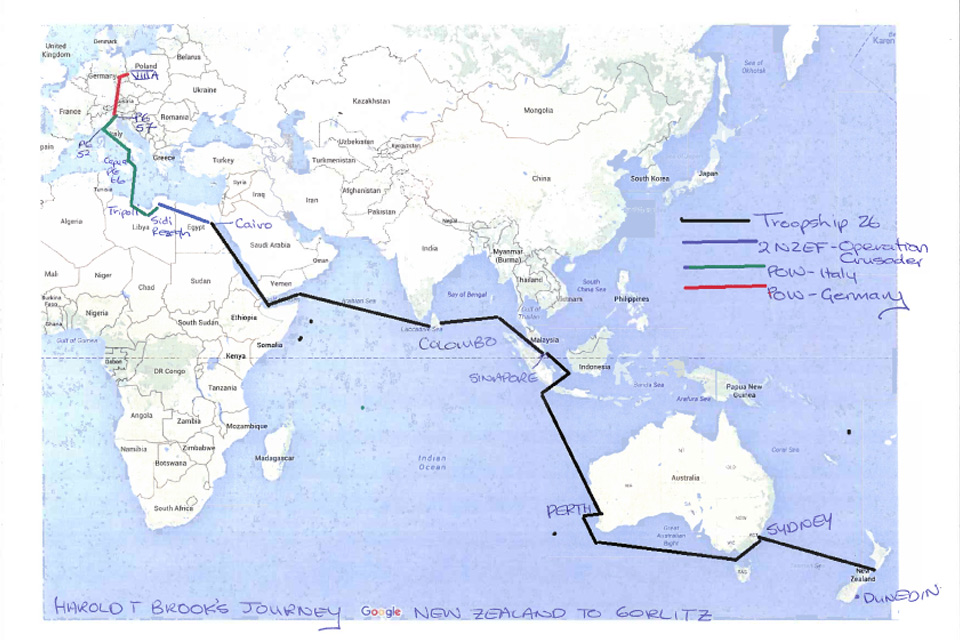 On December 13 December, 1941 the Red Cross advised Harold’s parents that he was missing in North Africa. It was not until February 5, 1942 that the family were advised that he was a prisoner of war. With hundreds of other prisoners, he was transported by ship from Tripoli to Naples late in December 1941 and moved on the Campo PG 66 Capua about 25km north of Naples. This was a temporary disinfection and sorting camp and by September 24, 1942 he had been moved north by train to Campo PG 52 Chiavari, inland from the Cinque Terre. By February 12, 1943 he was at the large Campo PG 57 at Gruppignano near Cividale and he was still in this camp on September 8, 1943, Italian armistice. From September 13, 1943 over 25,000 allied POW’s were moved by train form Italian camps to Camos in Germany. Most of the 1500 New Zealand prisoners in Campo 57 were moved to Stalag VIIIA in Gorlitz stopping for two weeks at Stalag XVIIIC at Markt Pongau en route. Here Harold was assigned his German POW tag number 33280. 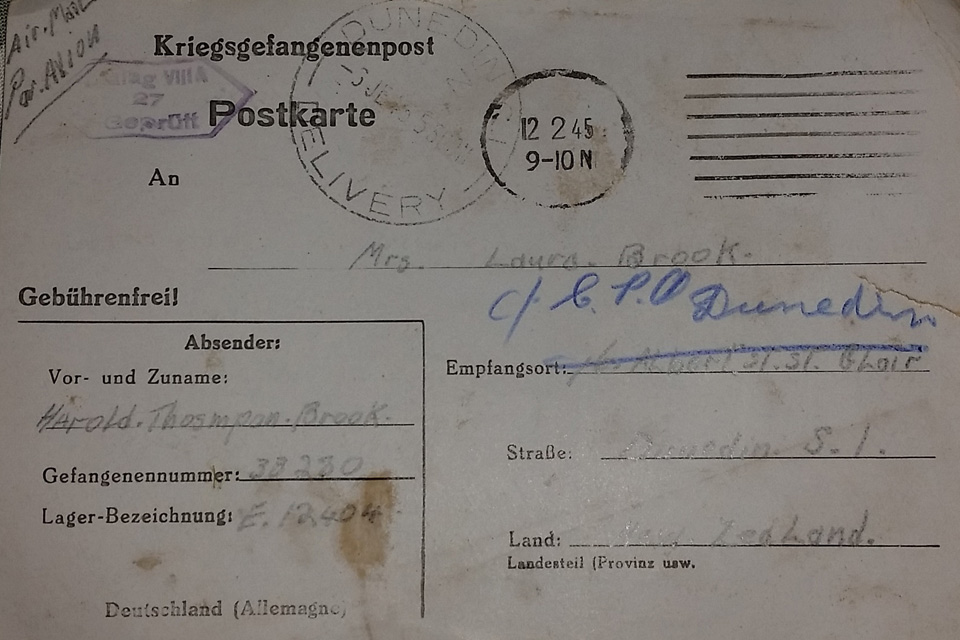 They arrived in Gorlitz in late September 1943 though Harold’s family were not advised of his whereabouts until January 10, 1944. Harold’s family were under the impression that he was in a work camp and thought he worked in salt mines. He wrote a postcard home to his family on the 19th of December 1944. It wished them a Merry Christmas and told then he was well and that they had moved into new comfortable huts. He died of pneumonia 5 weeks later on January 27th, aged 26 years 5months. The postcard arrived in New Zealand after he had died. Though believed to be buried at Gorlitz no marked grave could be found. It was a time of turmoil as preparations were being made for prisoners to leave on the long march. His name is engraved on the Alamein Memorial in the El Alamein War Cemetery, Egypt, Column 99, with the other New Zealand soldiers who have no marked resting place. 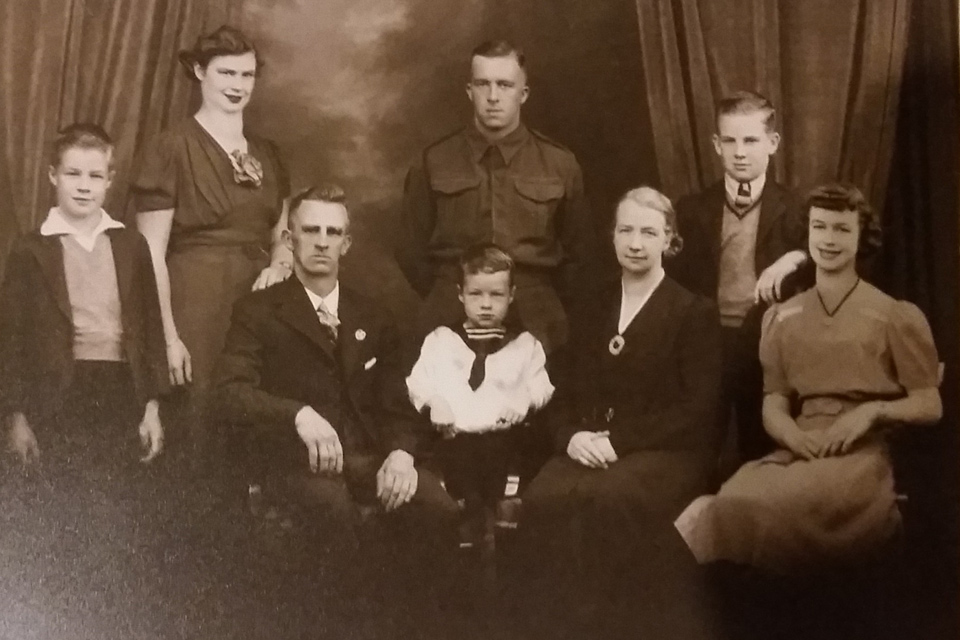 late 1940s – Dunedin. New Zealand. Harold Thompson Brook and his family, taken prior to leaving for military training (or possible March 1941 when on final leave before sailing to Egypt)

In May 2016 his niece Karen Brook with her family came to visit Stalag VIII and in 2019 she came across new information which led her to believe her uncle is buried at Altwasser Cemetery (today Walbrzych, Poland), where he was forced to work in the coal mines. In September 2019 she visited the mines and found the cemetery where Harold Thompson Brook was buried.